This one is called "tuxedo" because that's what it reminds me of!  I like the black, red, white combination.

Once again, it was inspired by a card I saw on a blog; imagine that!  LOL!

The placket with the buttons on it was cut 1.5 inches wide, then scored lengthwise .25 from the edge and folded under.  I made faux stitch lines .25 inches from the edge of the folded placket using a marking wheel from my sewing supplies . The stitch lines don't show up in the photos very well.

The shirt style buttons were attached using some pop-dots and I was finished!  They're pearlized buttons and show up sort of ivory colored in the photos but they're white. 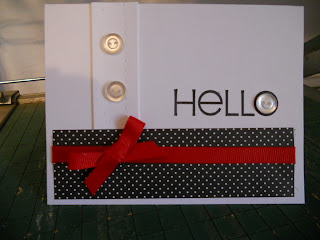 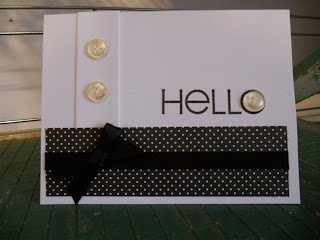