A super quick, cute birthday card.  The sentiment was printed with Hallmark Card Studio software using Brannboll Fet font.  I cut the music notes with my Cameo and inked the outer edges. 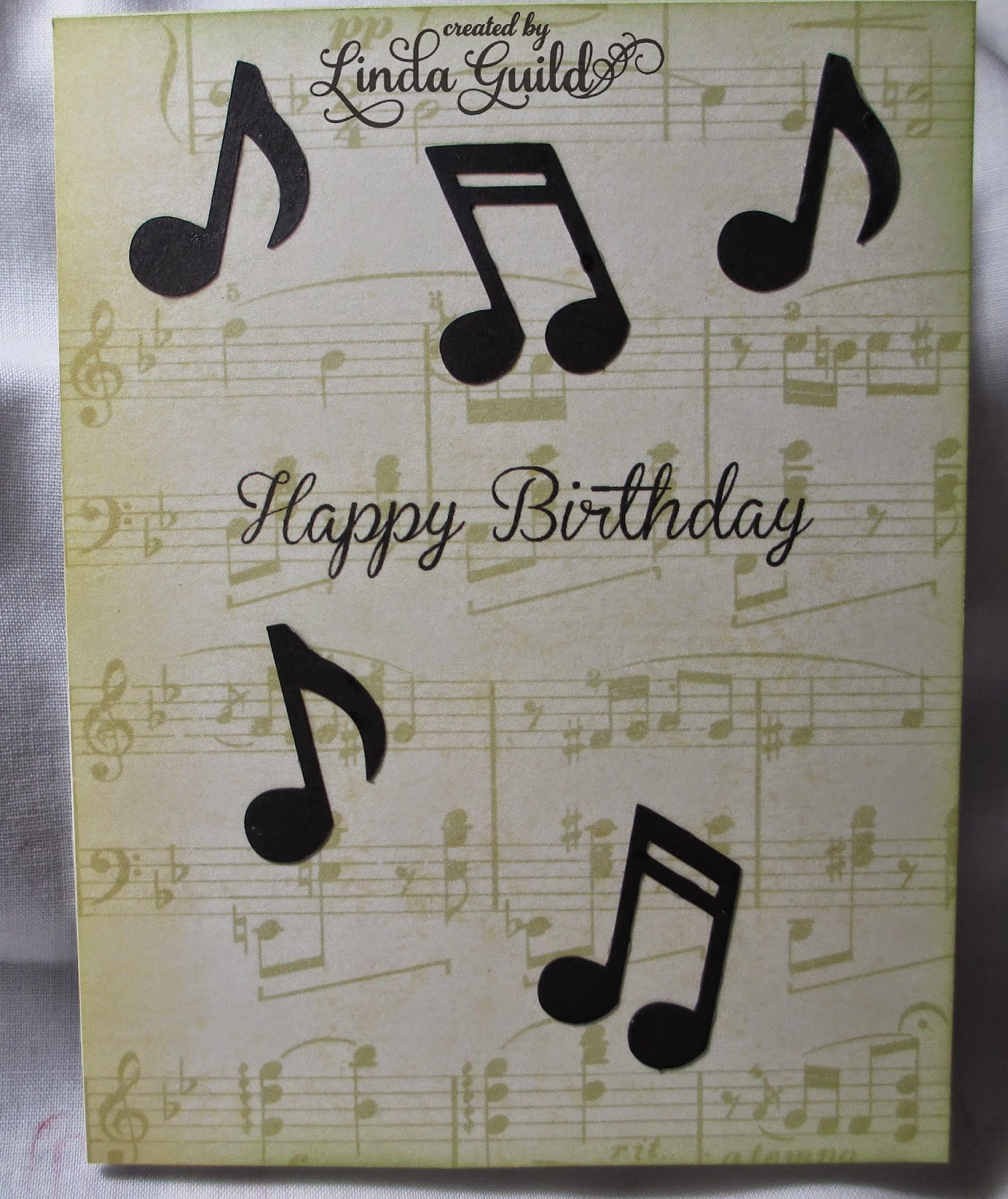 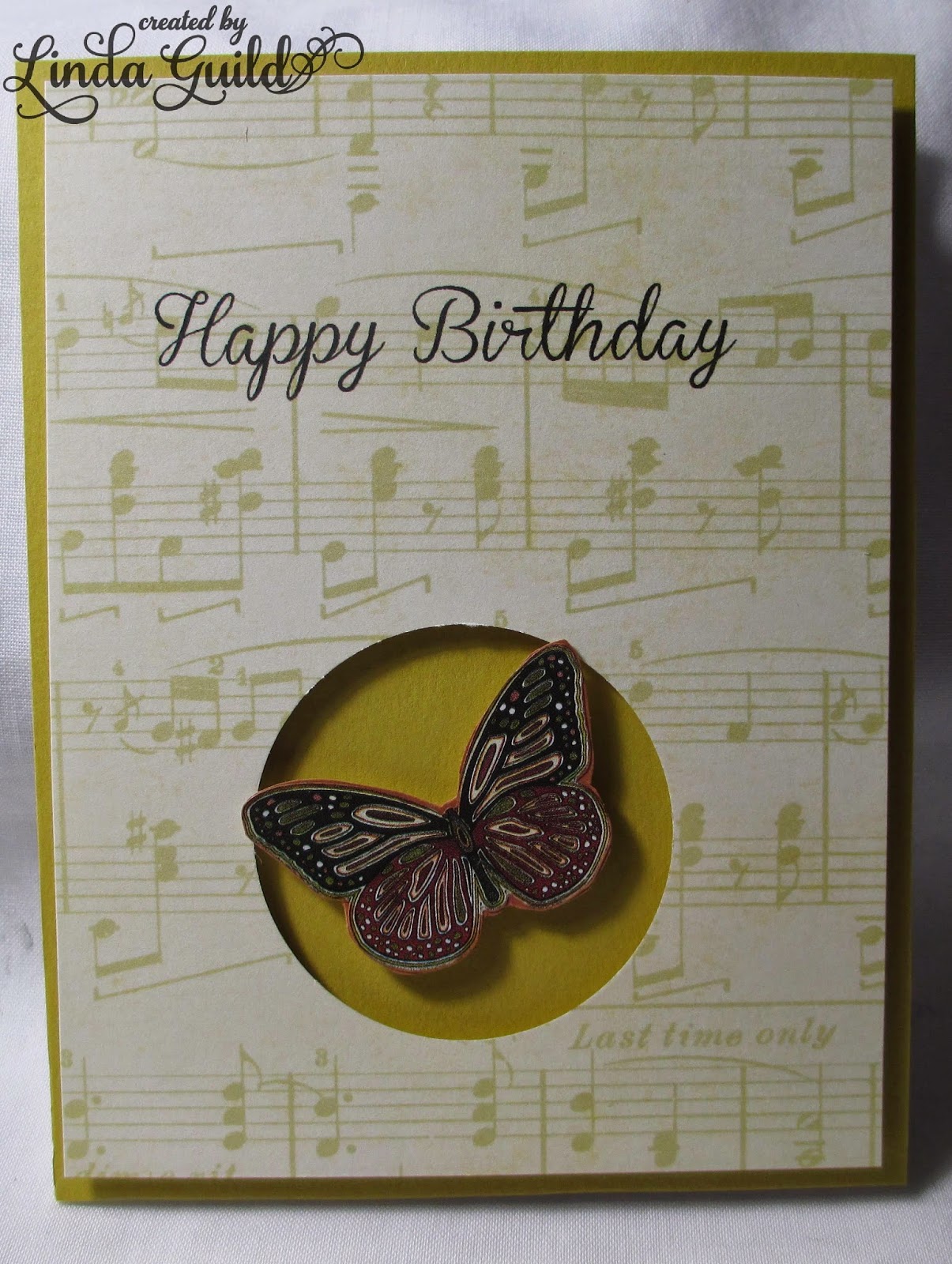 When I saw this I had to give it a try!  LOL!  Stamping with Okra     Just remember to wipe off the goo from the okra after you cut it and before you use your ink pad. 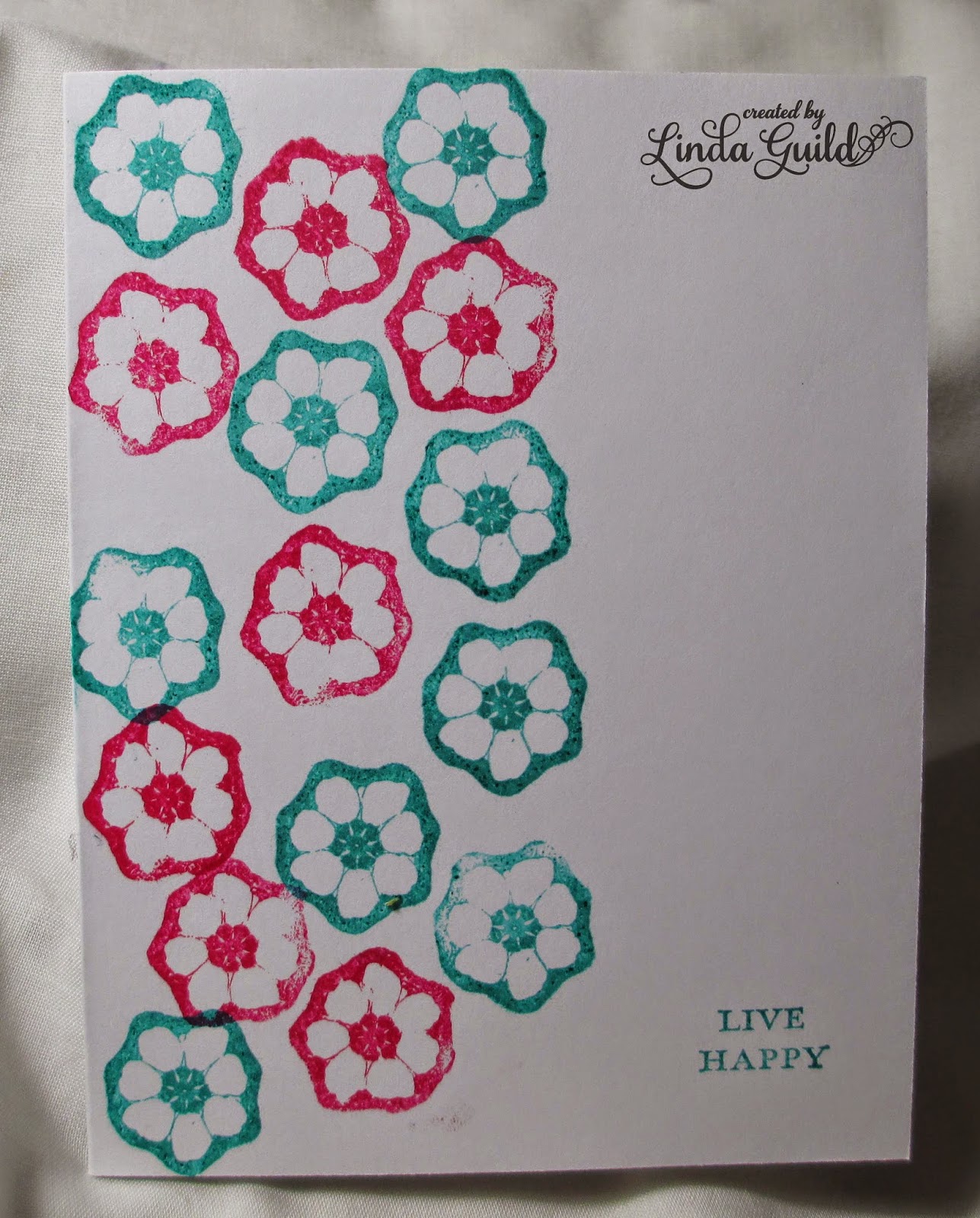 I used the Flower Shop stamp set and Pansy punch from Stampin' Up to make this quick card.  It's one of Connie Stewart's Flash Card 2.0 designs.  This could be used for any number of occasions depending on the sentiment. 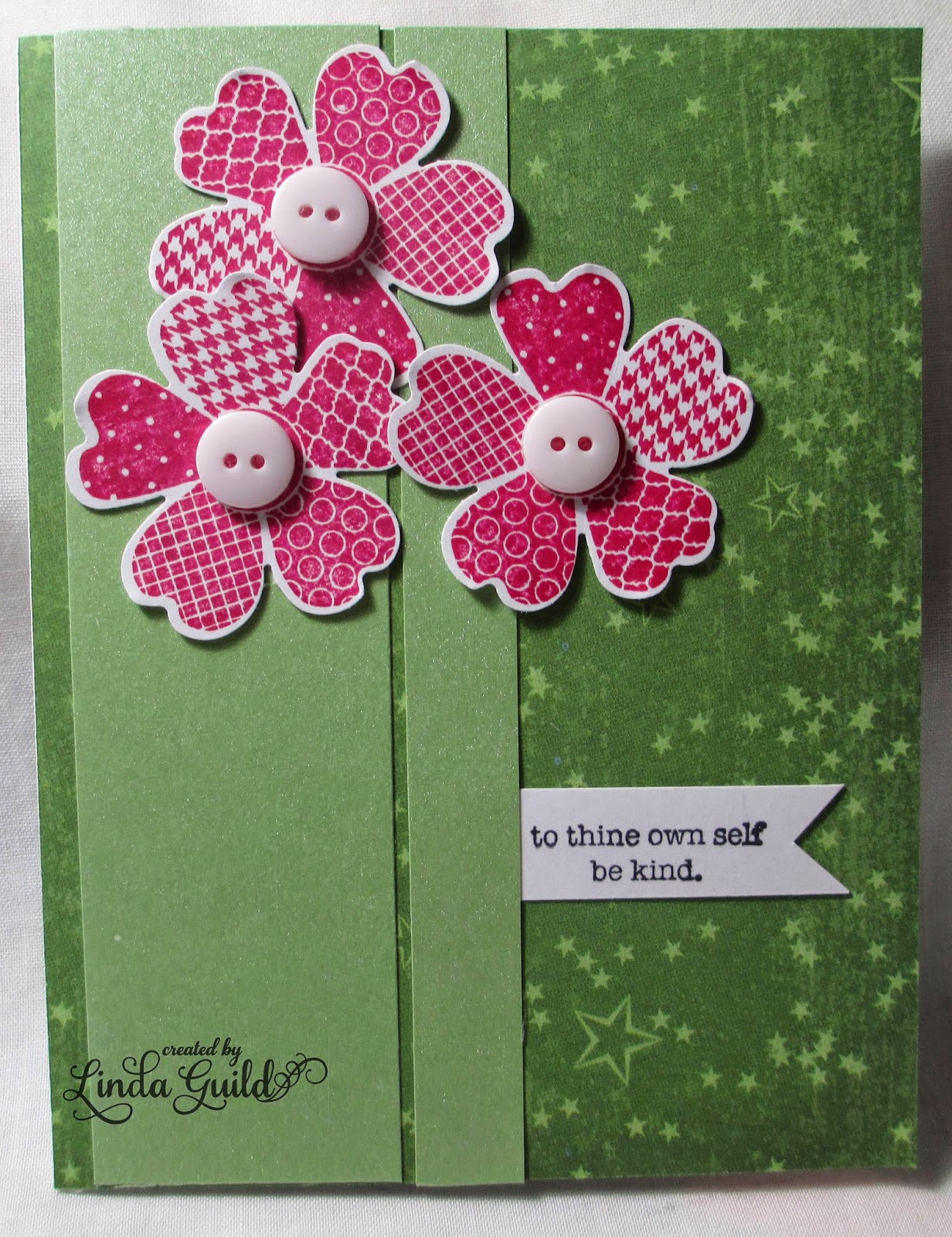 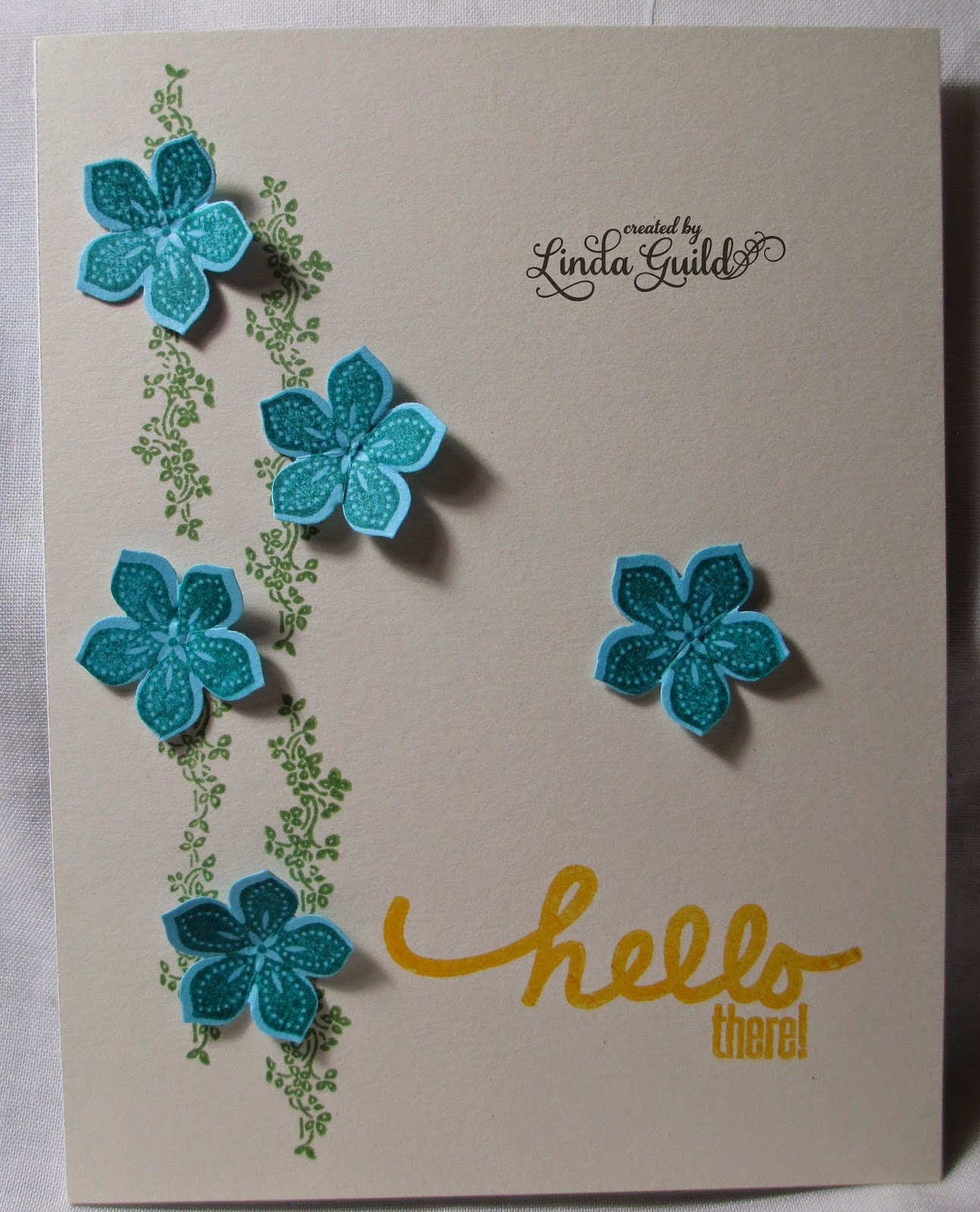 The flowers are Petite Petals stamp and punch.  I used Bermuda Bay ink for the flowers and Yellow Oche for the sentiment.  The vines were stamped with Memento Bamboo Leaves ink.  Inspired by a Stampin' Up demonstrator. 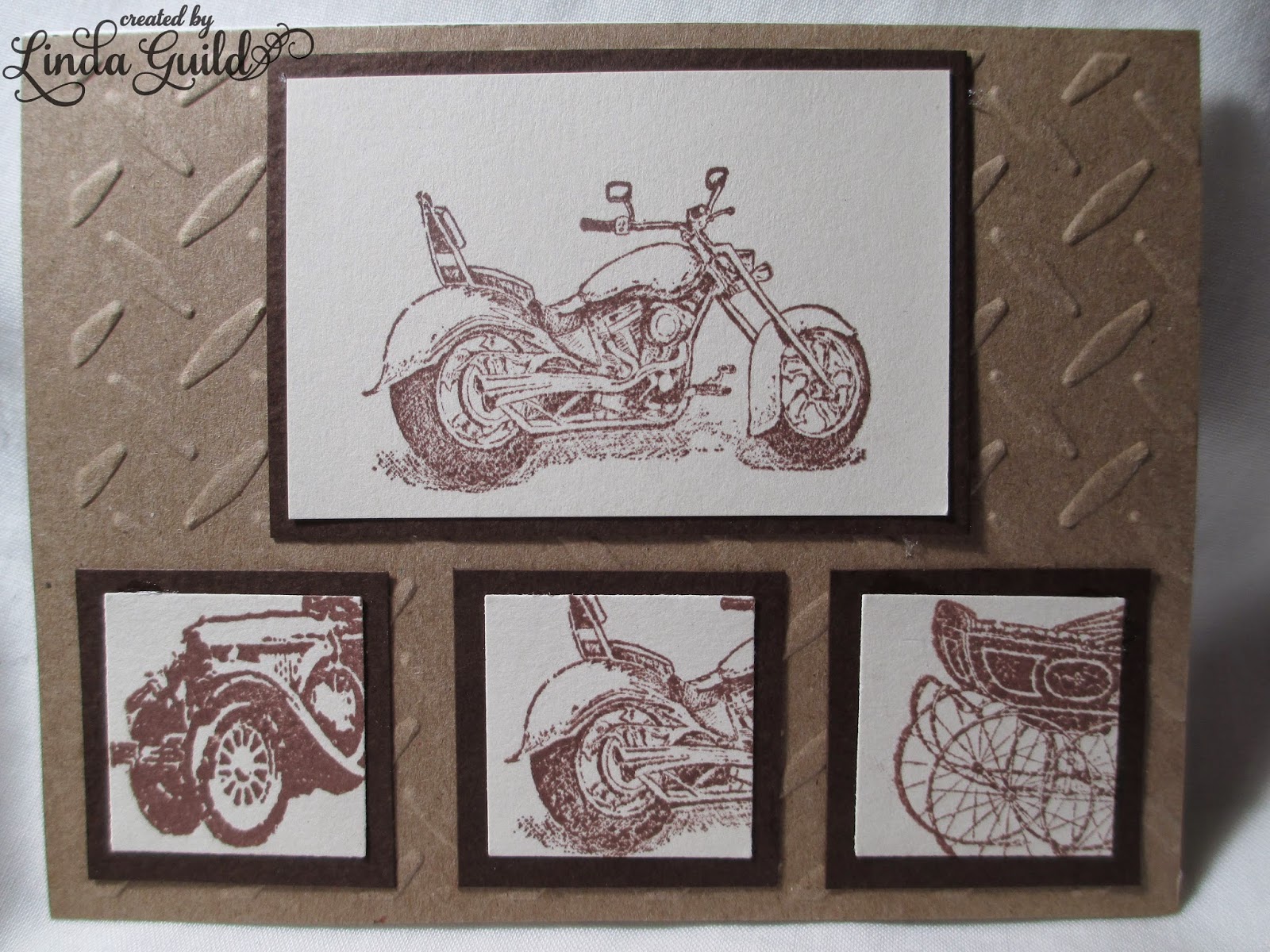 The motorcycle is a Stampin' Up image.  I used portions of two other larger stamped images across the bottom.  Inspiration for this card came from one done by Deb Valder. 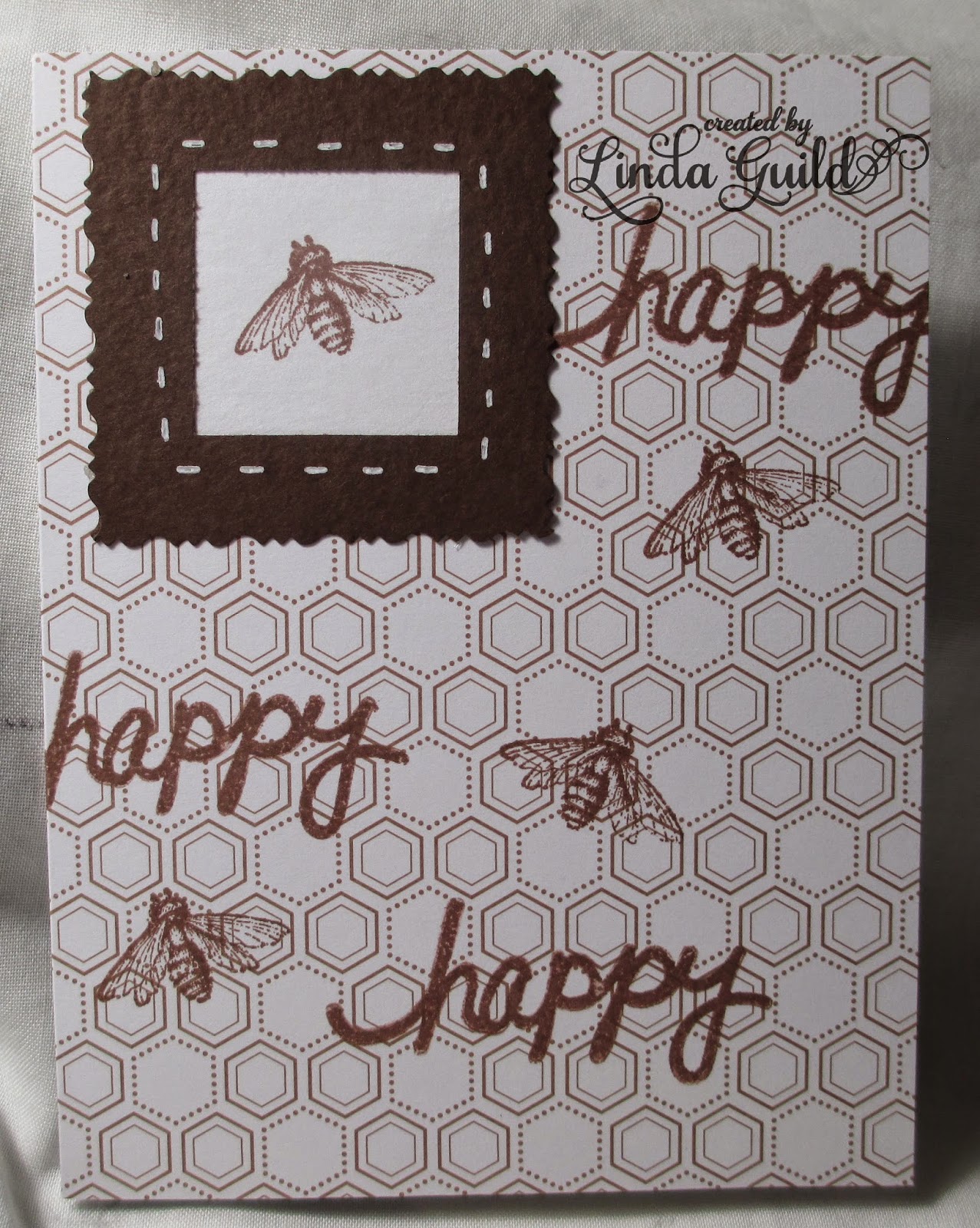 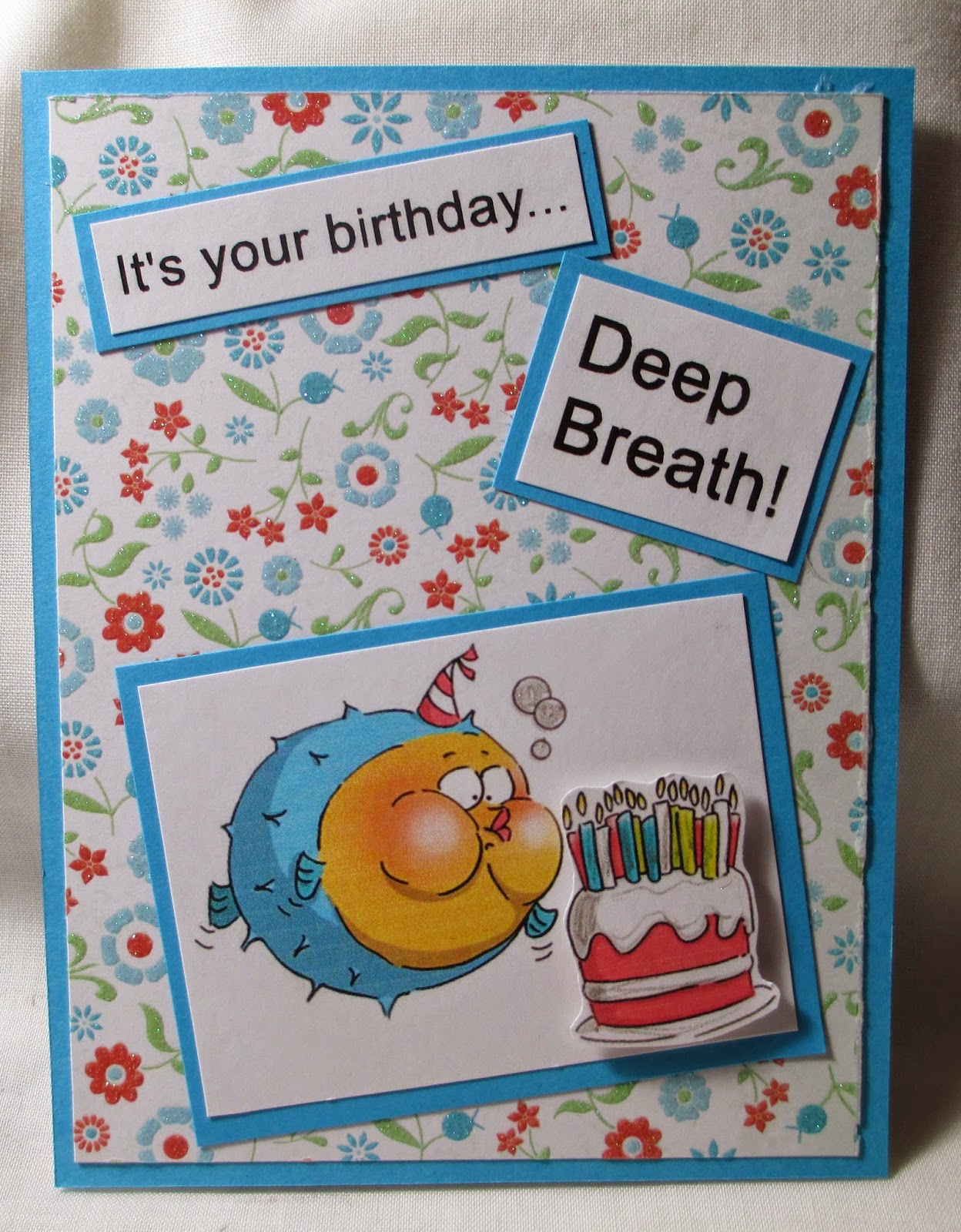 A simple card done with a clip art image.  I printed it twice and cut the cake out so it could be pop dotted for dimension.  The inside sentiment is "Laugh, Celebrate, Enjoy!".

The technique for applying paper napkins onto cards has been around for quite a while.  The local Dollar Tree has a large selection of napkins pretty enough to use so I decided to give it a try. 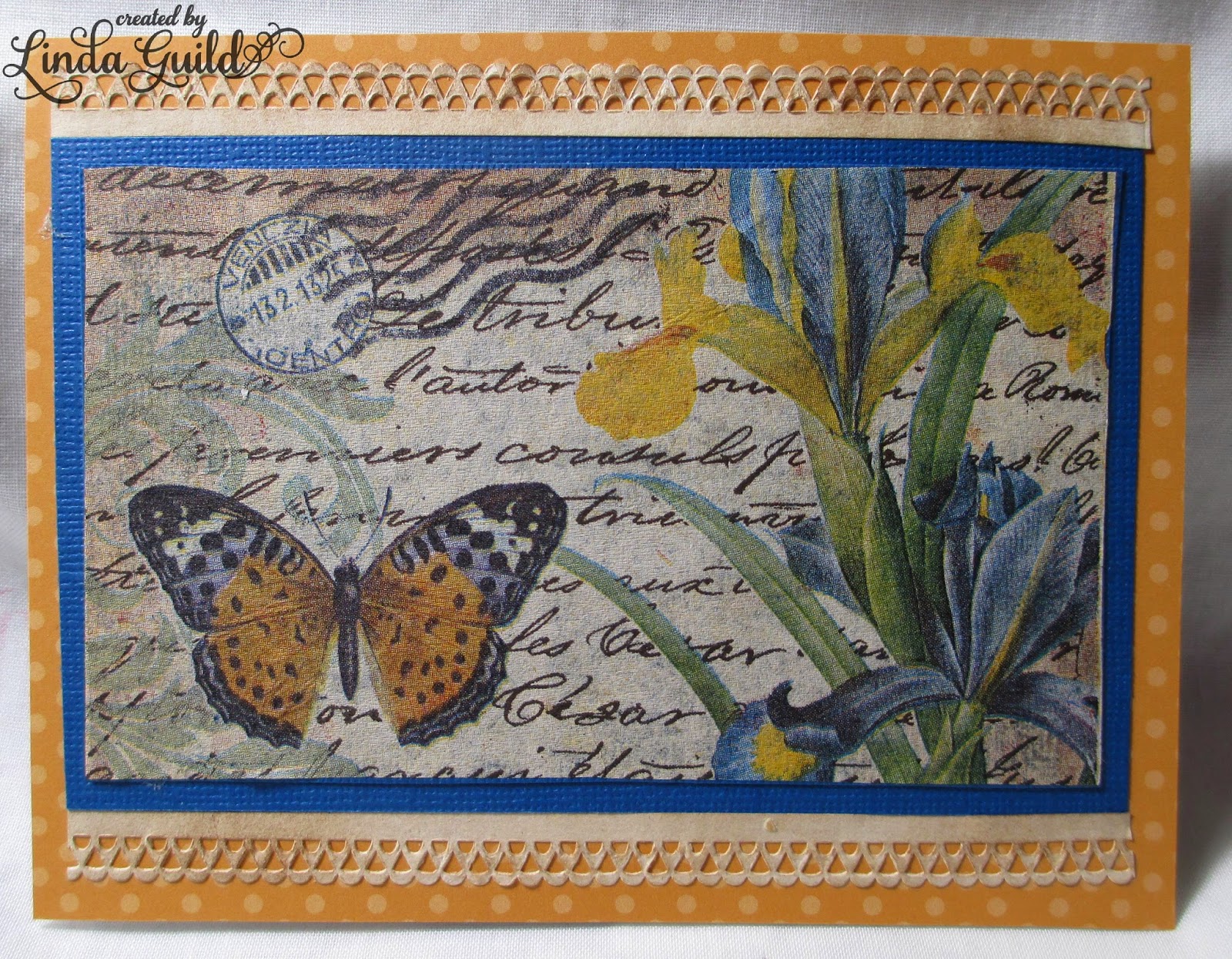 The napkin gives a really nice, velvety texture to the card front. 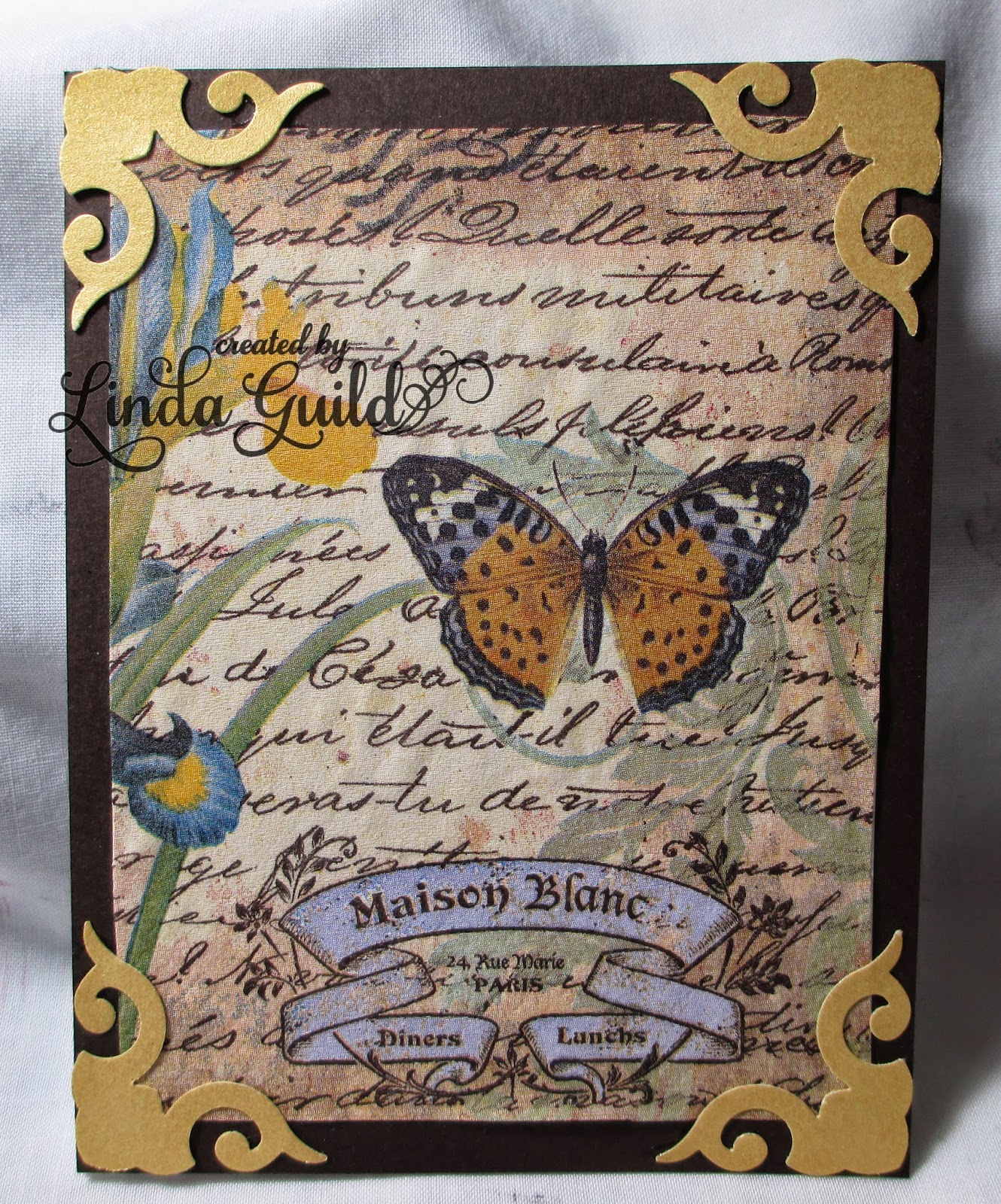 On this one, I added some punched photo corners done in gold metallic paper.

This is pretty simple to do.  Just separate the napkin into a single layer, trim to fit and coat the cardstock with glue stick and then gently apply the napkin.
Posted by Linda at 5:18 PM 2 comments: 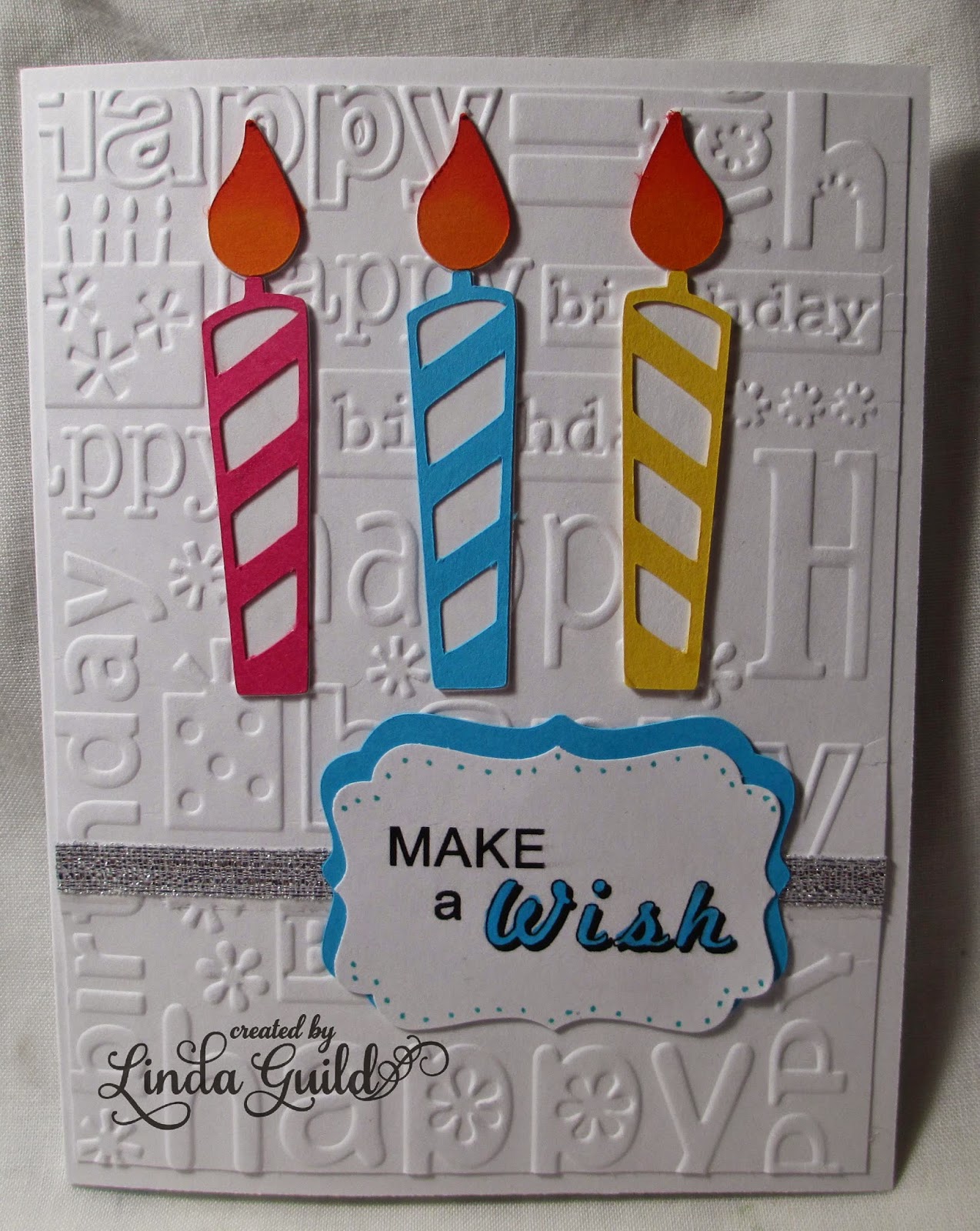 The candles were cut with my Cameo.  I printed the sentiment then punched it with a Stampin' Up Decorative Label punch.  Since the punches are available in digital format too, I cut the shadow with Make The Cut software.  The background was embossed with a Cuttlebug folder. 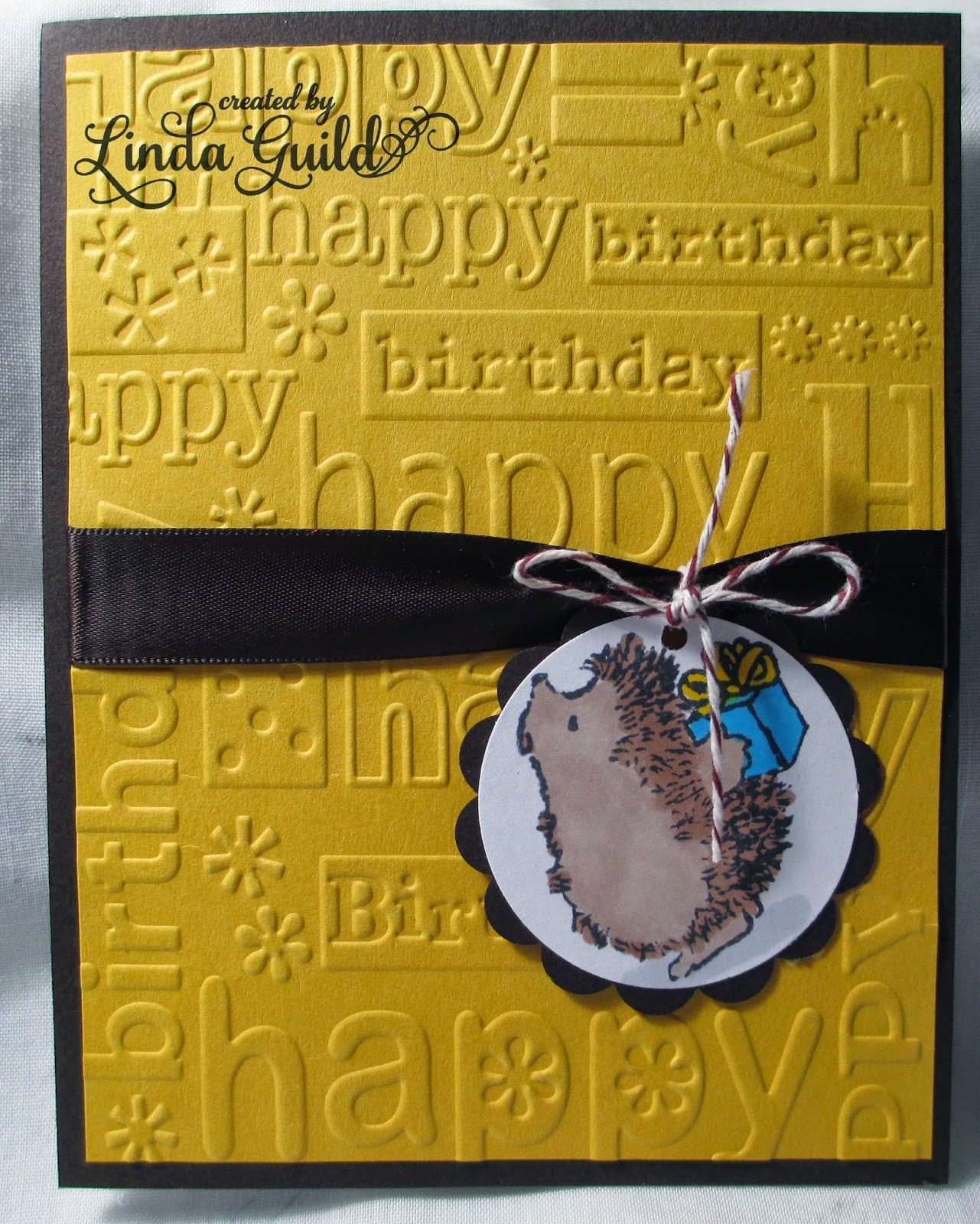 Splitcoast Stampers was the inspiration for this card.  I used a Cuttlebug folder to emboss the base and colored the hedgehog with Promarkers.
Posted by Linda at 6:32 PM 1 comment: 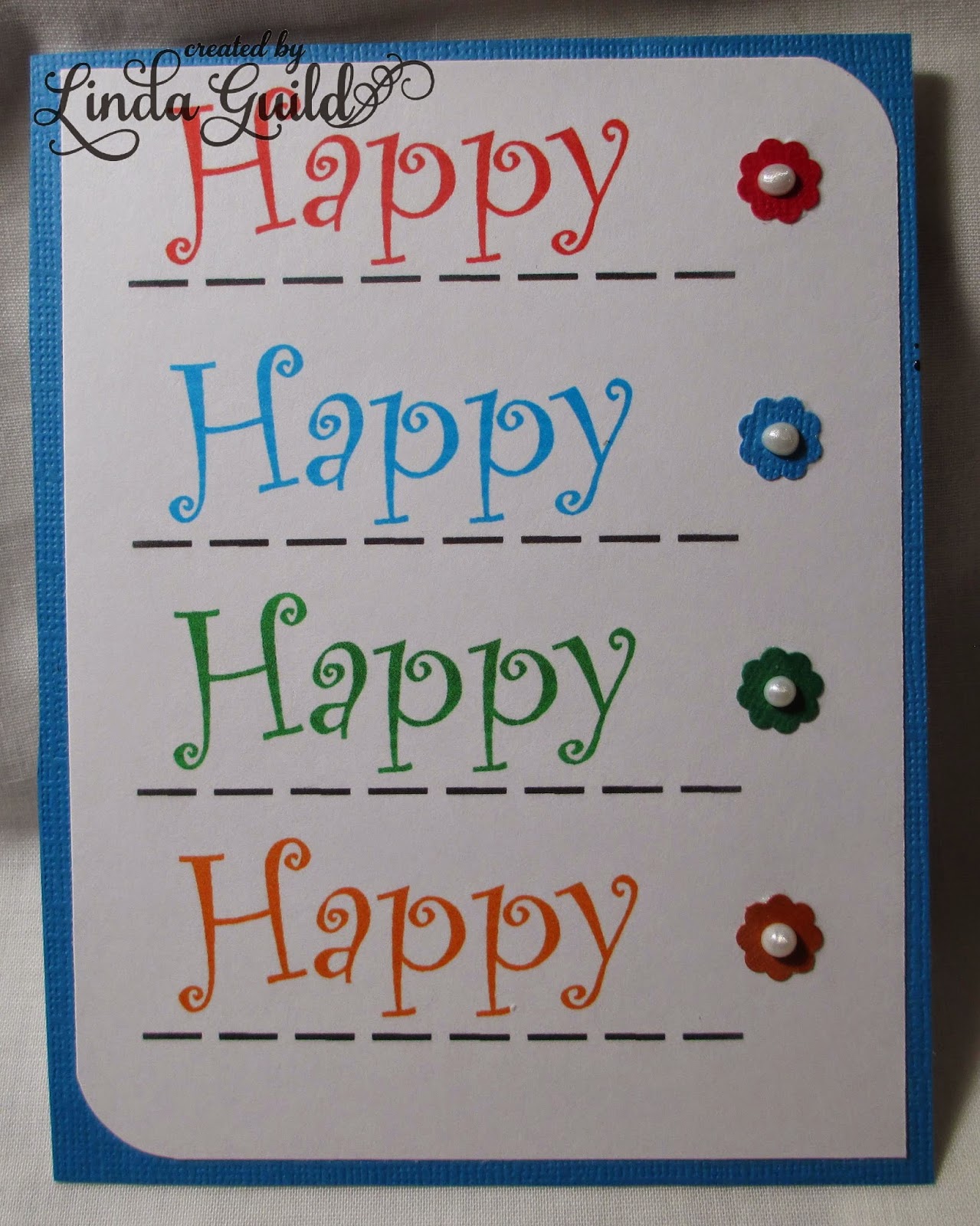 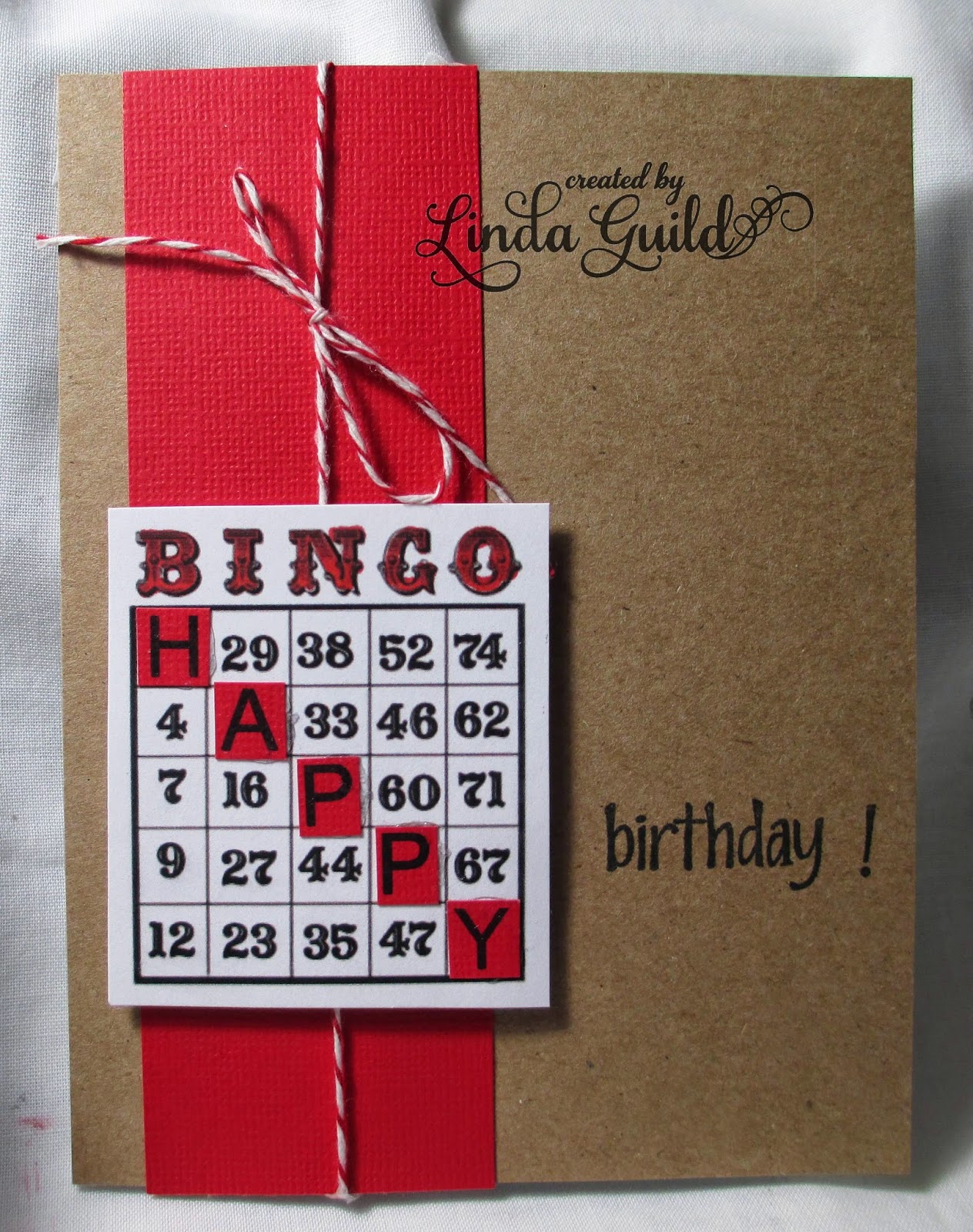 Inspired by a card seen on Pinterest.  I found a clip art image of a bingo card, printed it and the red lettering in Hallmark Card Studio then embellished the card front with some baker's twine. 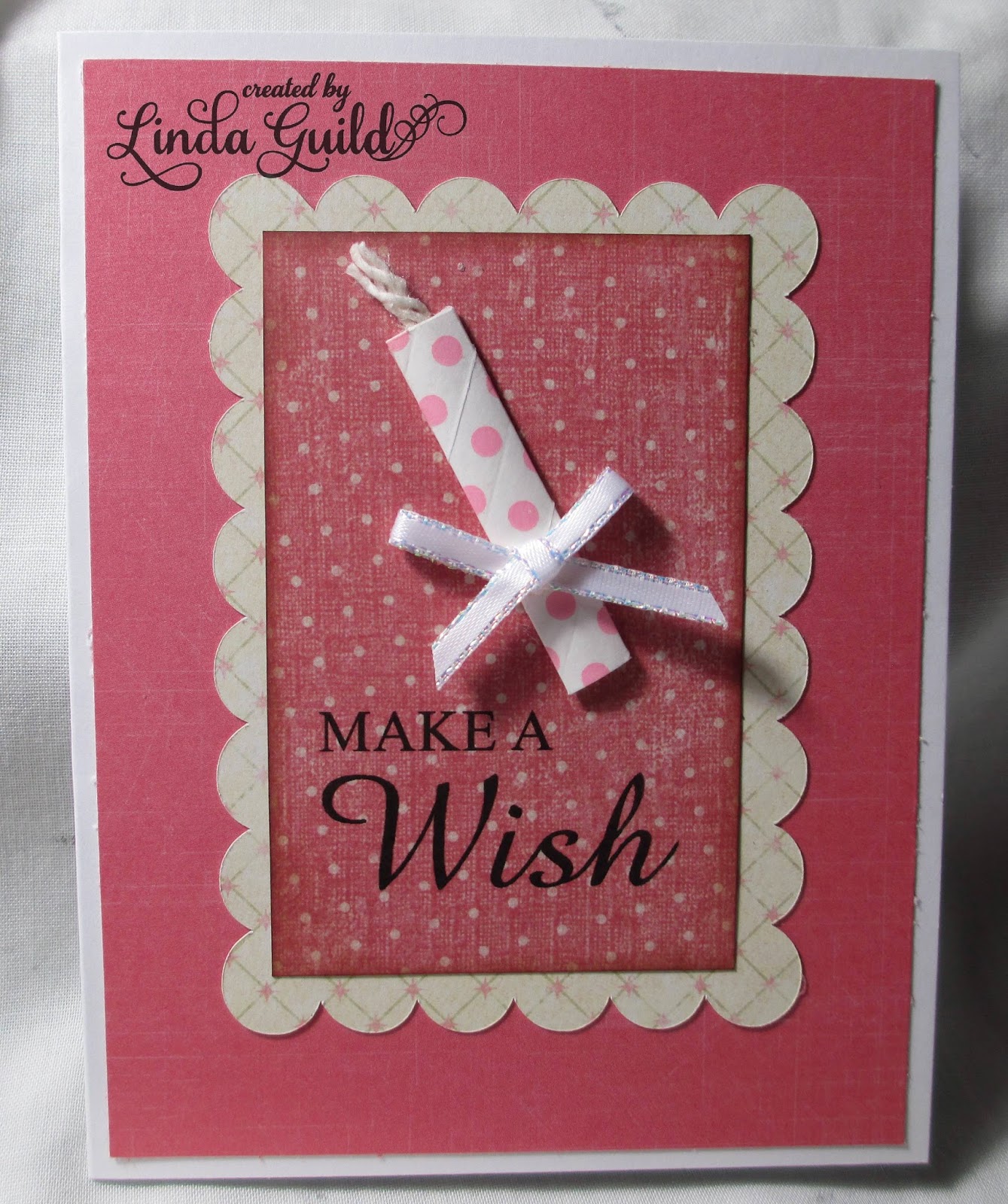 Inspired by a card seen on Pinterest, I modified the card and added a faux candle cut from a piece of paper straw.  The straw was cut down the back side so the wick could be glued down.

Have Your Cake Card 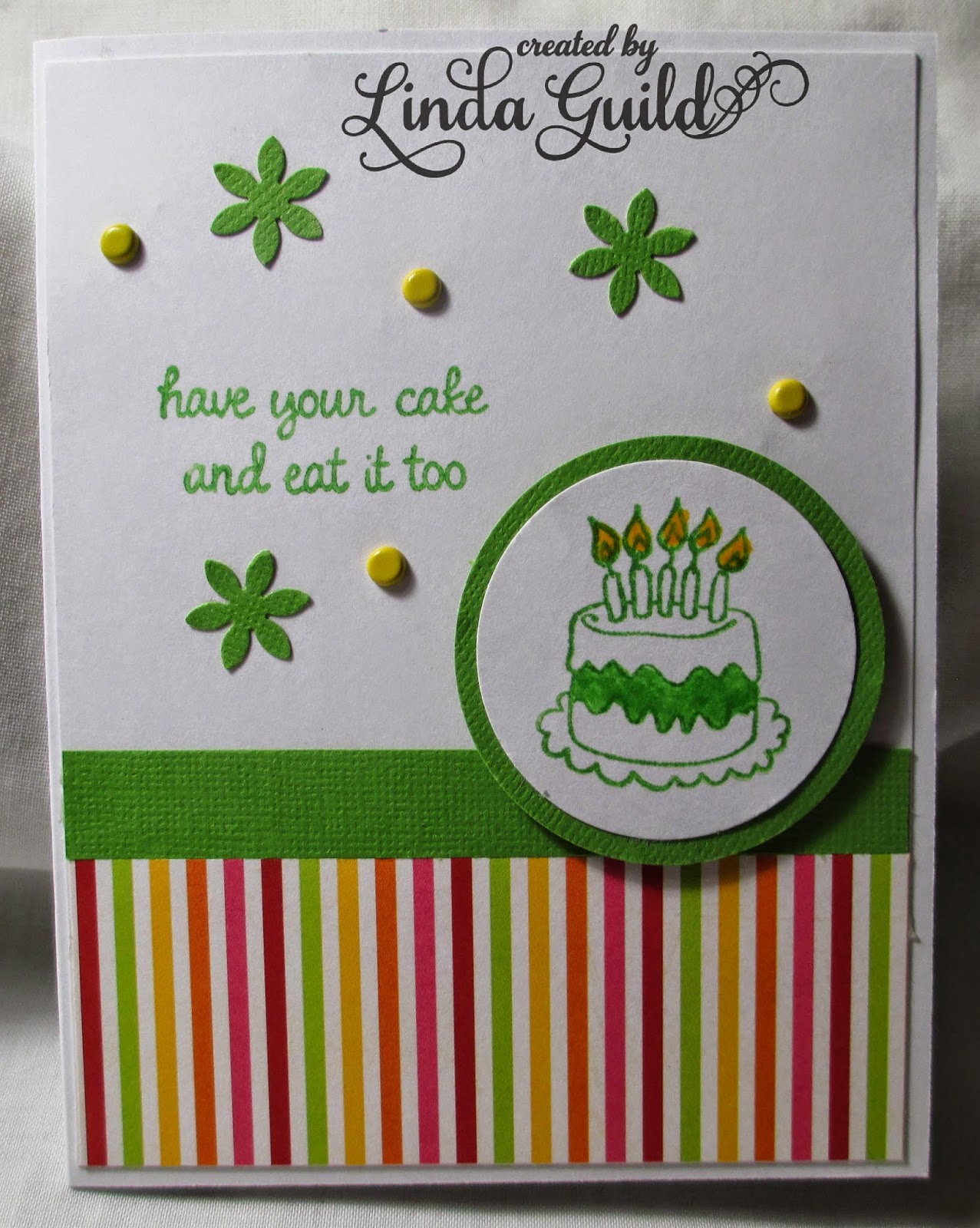 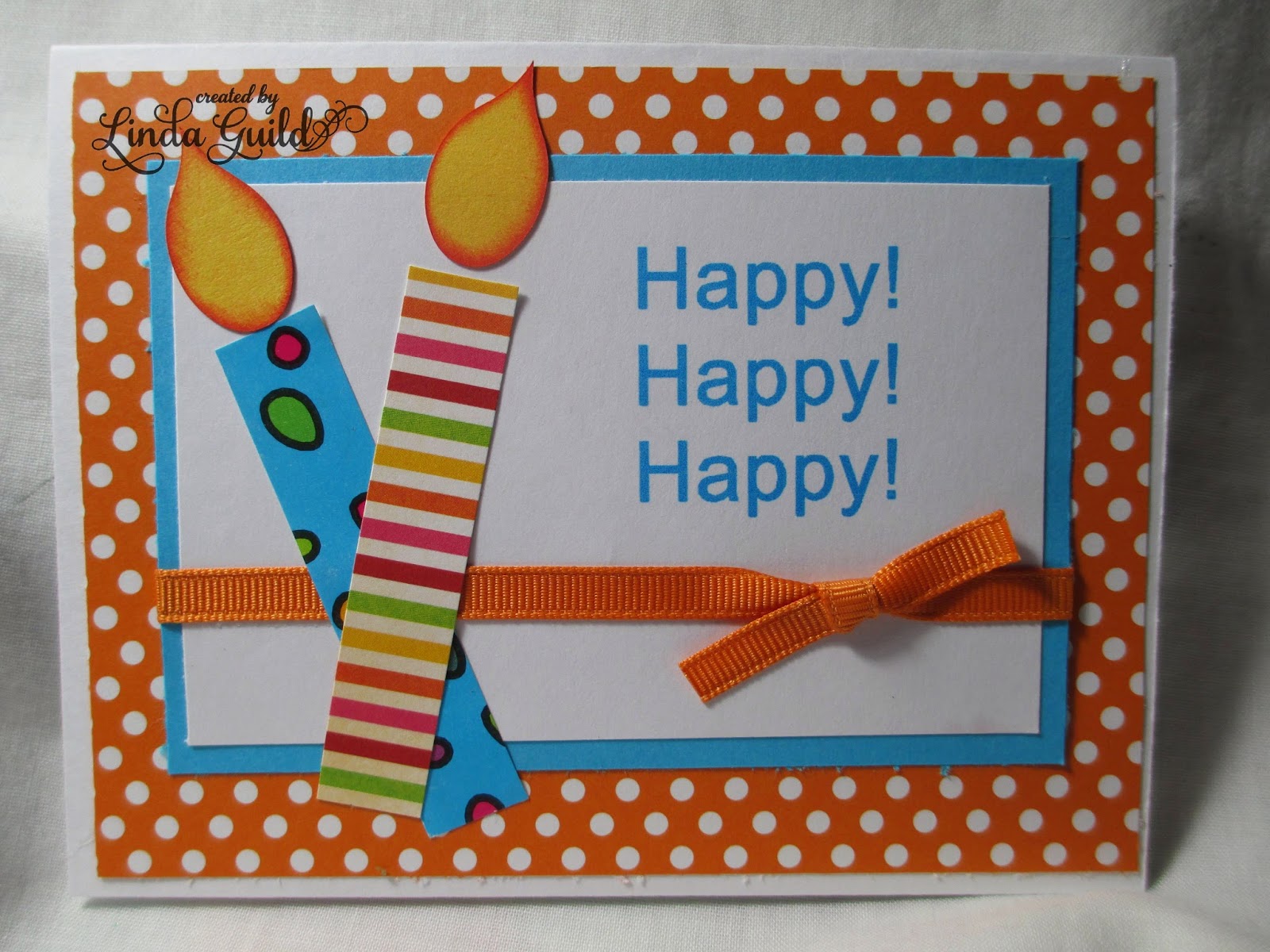 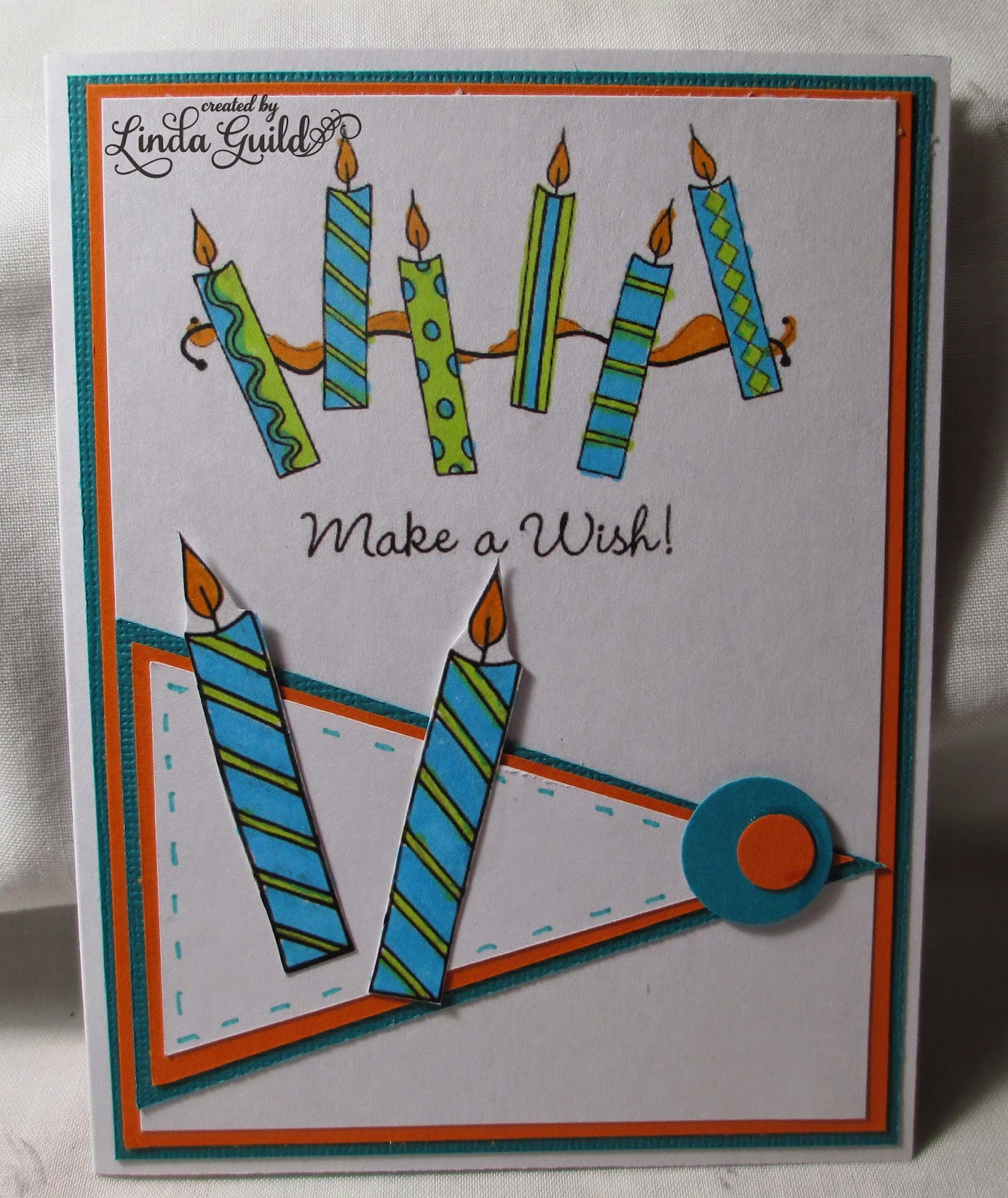 A simple clip art image colored with Promarkers.  I used MTC software to cut the triangles and added a couple of punched circles and some pen stitching.  Inspired by a card seen on Pinterest.
Posted by Linda at 9:14 PM 1 comment:

I saw a card online that had the Stampin' Up cupcake punch images on it and realized I hadn't used that punch in quite a while.

The blue background was embossed with a Cuttlebug folder; the cupcakes are mounted onto 1 3/4" circles and I added some tiny premade bows. 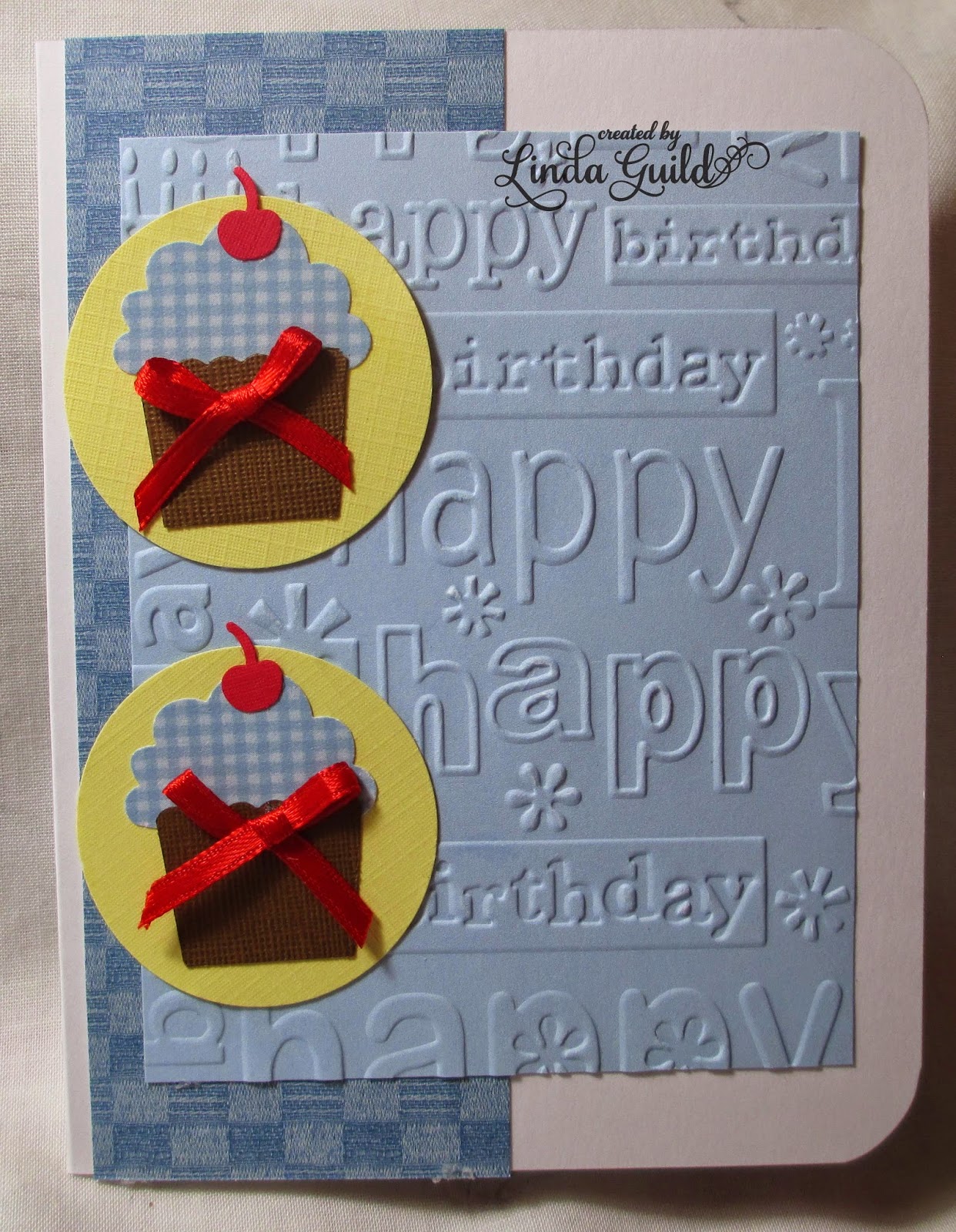 Almost eight years ago, when the home version of die cutting machines was fairly new, I bought a Cricut.  It was amazing that I could use a cartridge and their Design Studio software and cut images to use on cards. 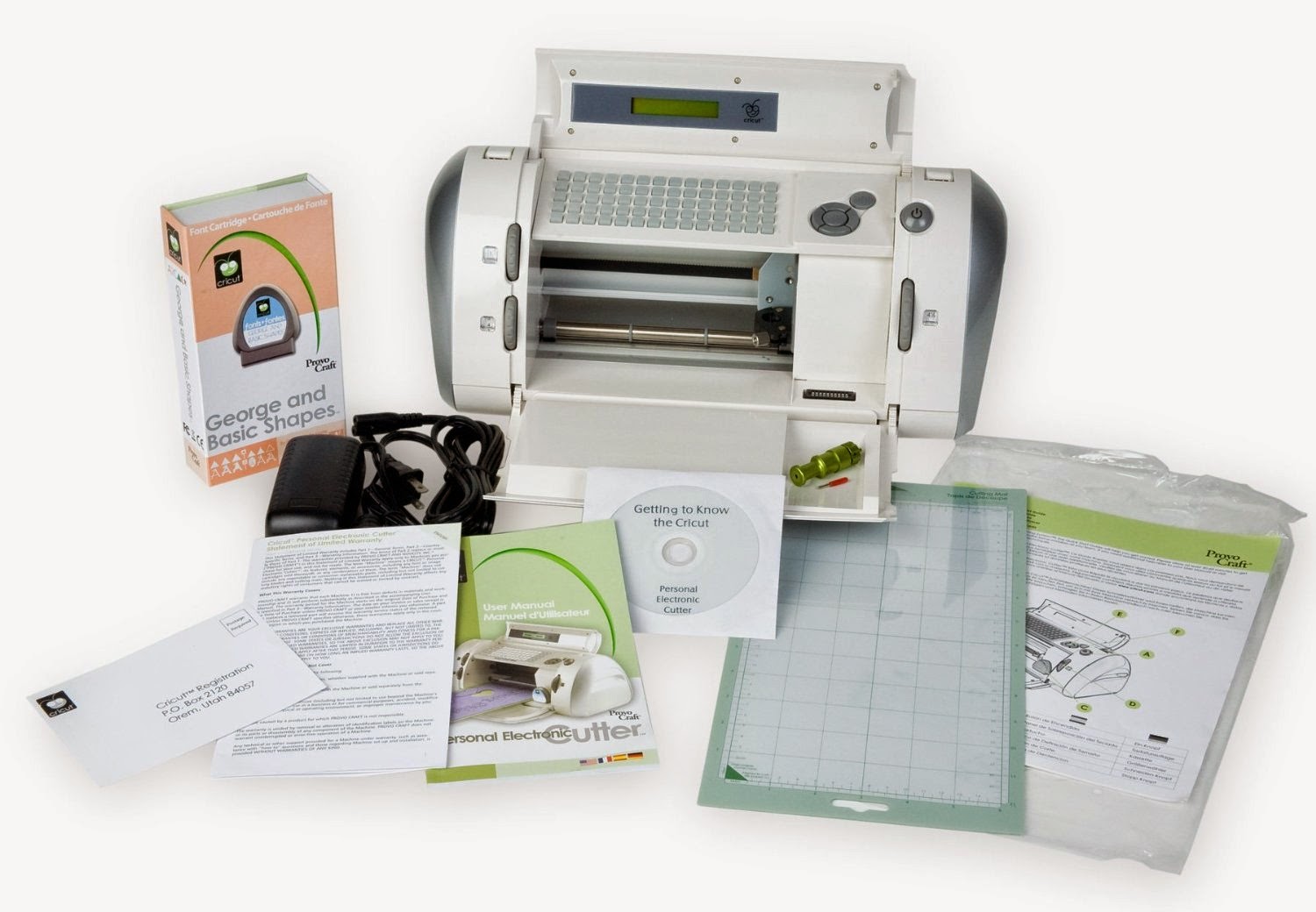 After having my baby bug for less than a year, I moved on to the larger machine, the Expression.  It worked so well that I bought a second one so that I could continue to use Design Studio software.  The company had launched a new online program called Cricut Craft Room and a new machine, the E2, which was not compatible with Design Studio, and the old style Expression was being discontinued. 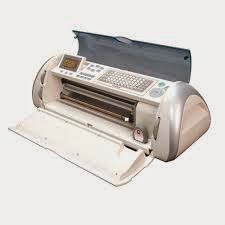 Jump ahead two more years to when Silhouette America's Cameo machine came out with the capability to not only cut an image using a software program but to print and cut images.  Even though I owned three Cricuts, I purchased the Cameo.

Not only does the Cameo cut finer details than my Cricuts, I learned how to trace and cut just about anything I wanted.  However, I was never able to get the print and cut feature to function consistently on the Cameo.  Just a few days after I got the machine I called customer service and a technician spent at least an hour and a half working with me to get it to work properly.  While on the phone, I was able to get one item cut out.  After that, it became hit and miss again so I just gave up.  The machine still did all the other functions and it's been a workhorse for me ever since.

Two other companies have released print and cut machines.  That renewed my interest in doing print and cut.  I re-read the Silhouette manual, watched several videos online and attempted to do it again.  For some reason, my Cameo just won't read the registration marks necessary to do the print and cut.

I contacted Silhouette America's customer service department today and explained what I'd tried.  Their records showed that I had contacted them just a few days after the original purchase with the same problem.  Because the optical eye had been an issue since my purchase in January, 2013, they agreed to replace my machine even though it was out of warranty.

The technician I spoke with at Silhouette explained to me that their goal was for me to have a machine that worked properly so that I could use it to its full potential.

Silhouette America's customer service is phenomenal!  How many other companies can you say that will stand behind their products this way?

My trusty Cameo is boxed and on its way to Utah to their warranty center and should be replaced in about a week.  Kudos to Silhouette America!
Posted by Linda at 5:02 PM 5 comments:

The name of my blog should be changed from Nothin' Fancy to Nothin' New since I'm having problems finding cards I want to make these days.  This is a re-make of a card I did probably three years ago.  The digital images are from Dustin Pike. 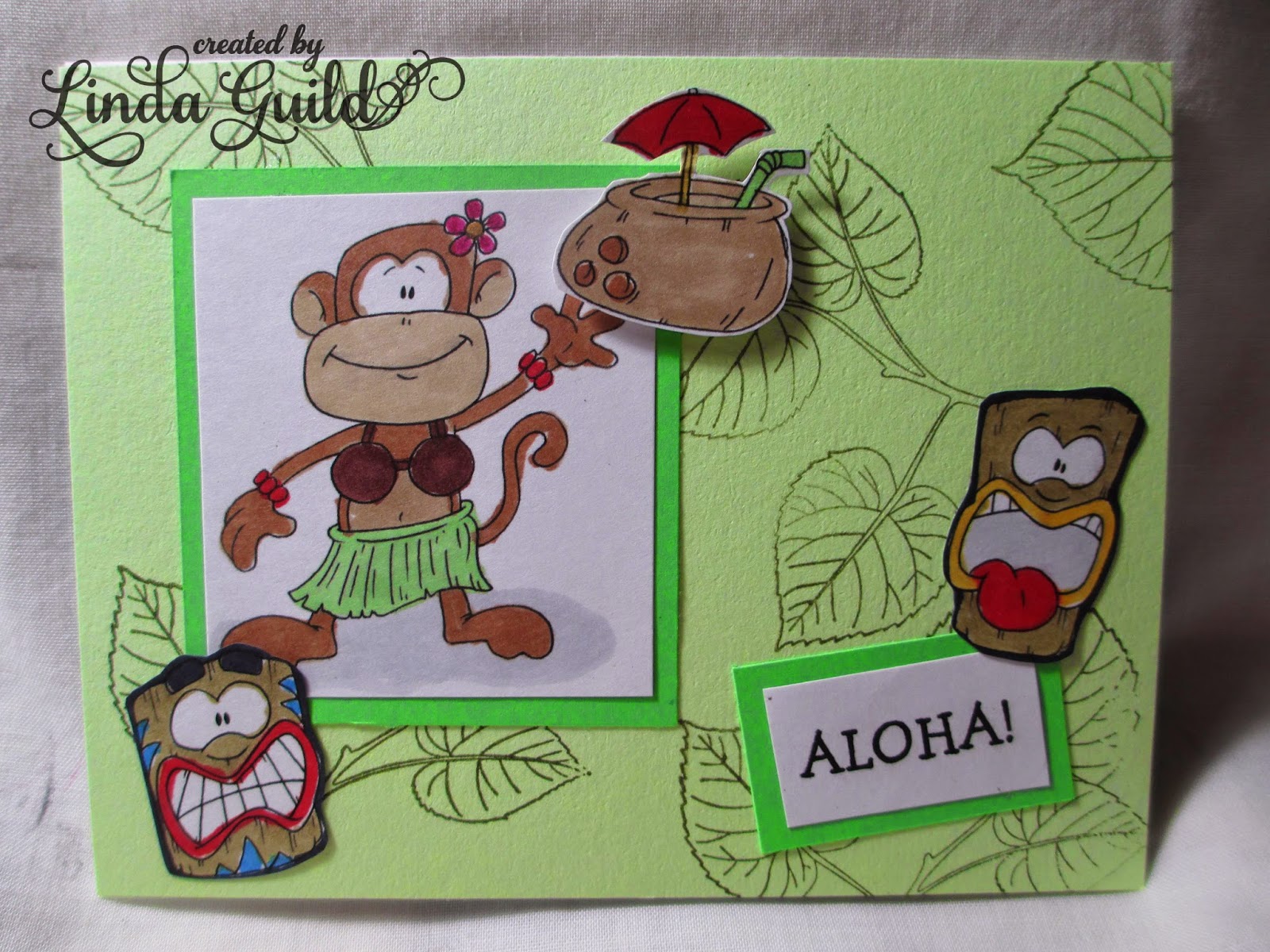 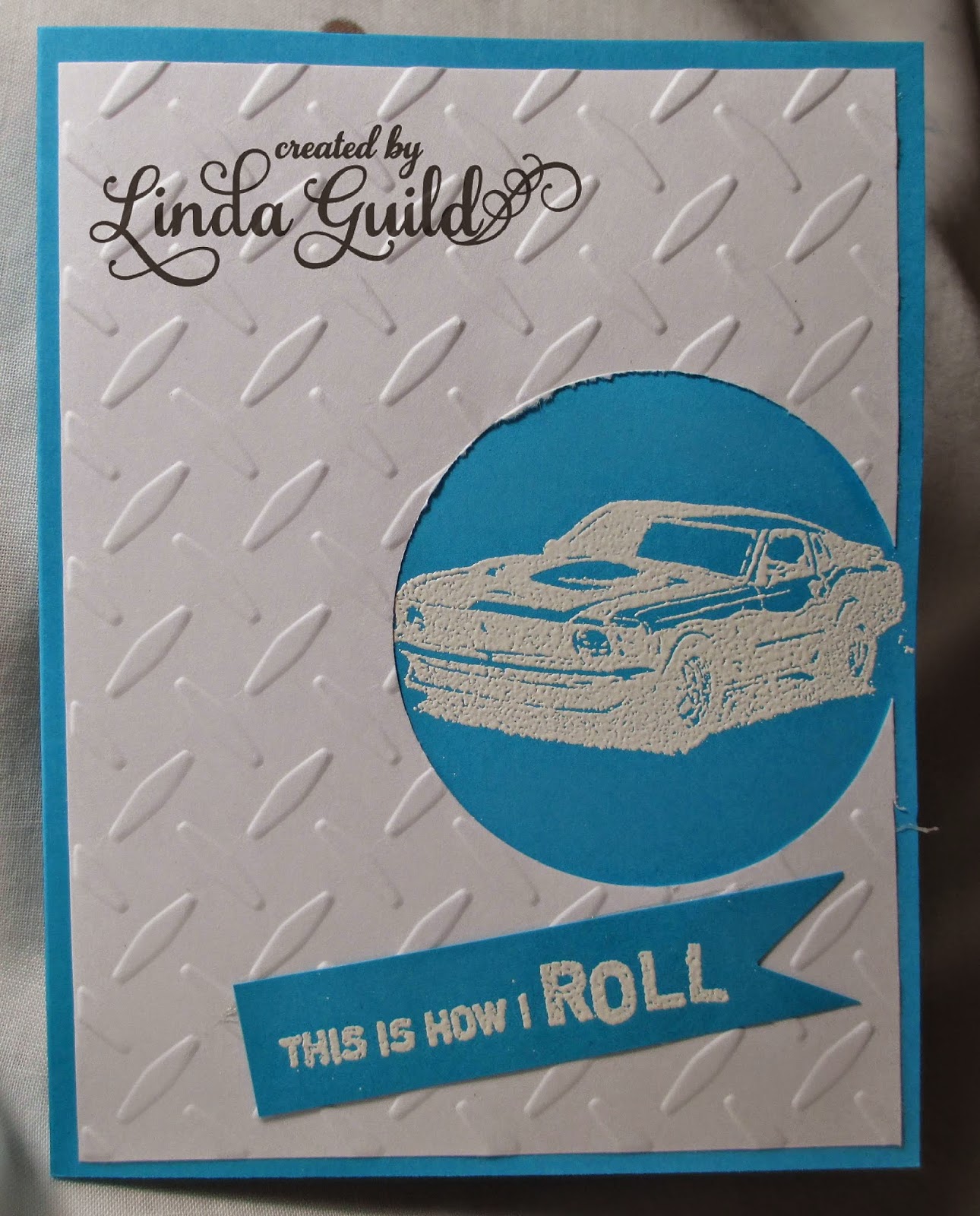 The images are from CTMH's Maximum Power stamp set, embossed in white.  I used a 2 1/2" punch for the opening and a diamond plate Cuttlebug folder on the front. 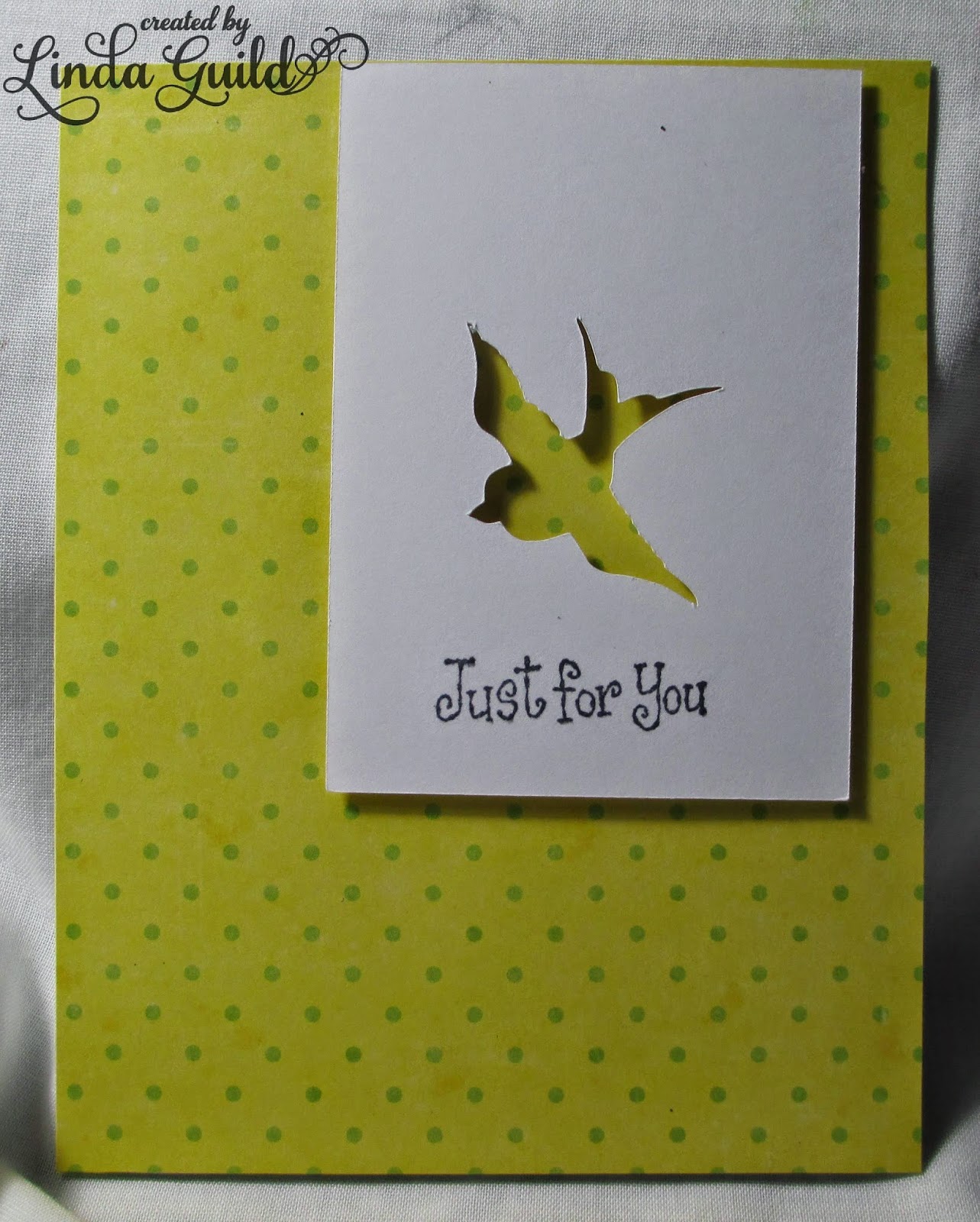 I spent some time today playing with the Silhouette Studio
software and my Cameo. It's NOWHERE nearly as user friendly as Make The Cut!  The terminology they use is like Greek!

Make The Cut is the program I prefer but I need to get a little familiar with the Studio software.  They've come out with a new mat that supposed to make it easier to do print and cut!

The reason I invested the money in the Cameo was to be able to do print and cut.  I use a lot of clip art images on my cards and it takes a lot of time to trim them by hand.

The new mat was very reasonably priced.  I sure hope it will work!  Otherwise, I'll be looking at another brand of machine. 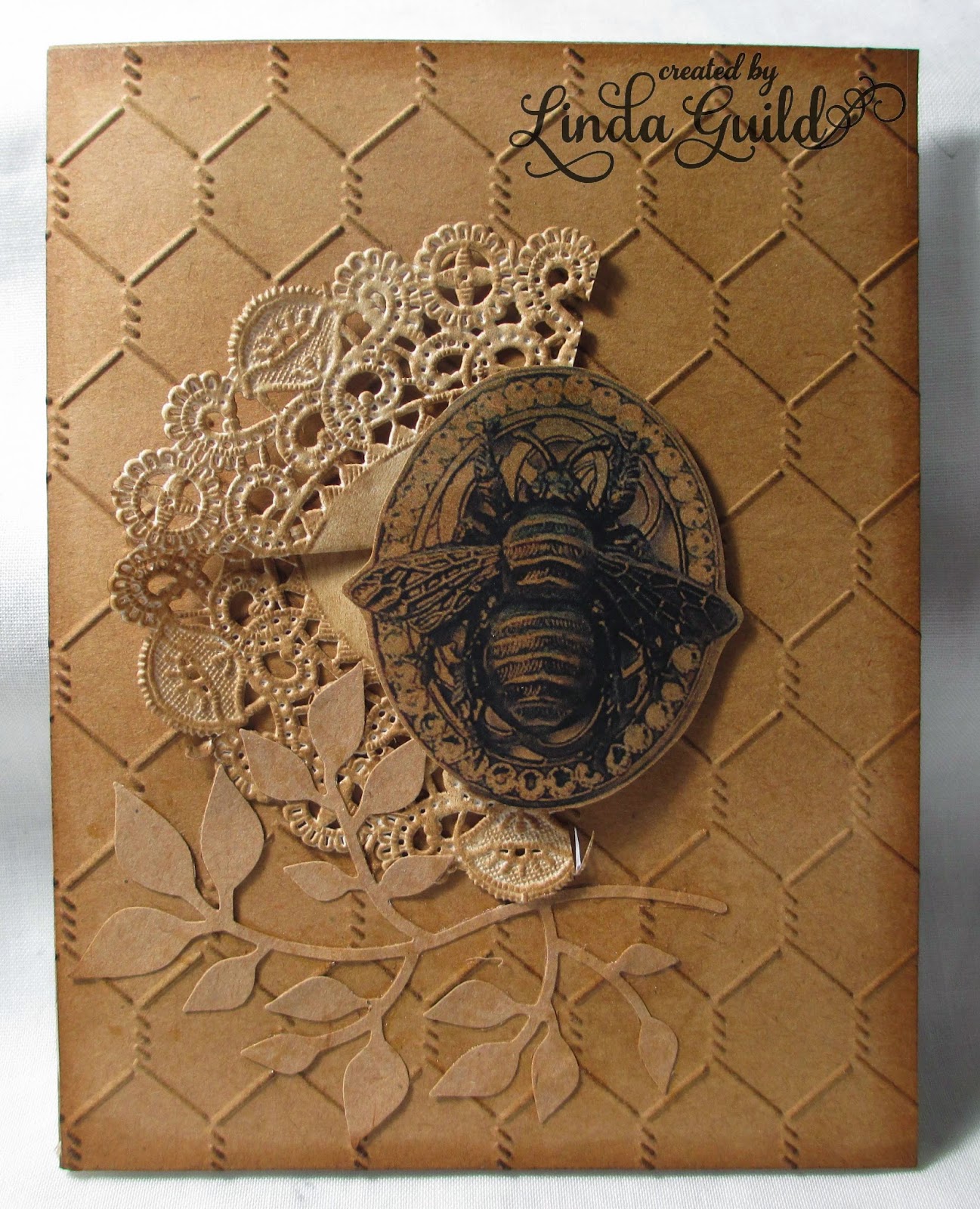 I used a chicken wire embossing folder on the card base and inked it with some distress ink.  The paper doily was also inked.  The bee image is one I found online.

The leaves were cut with a die. 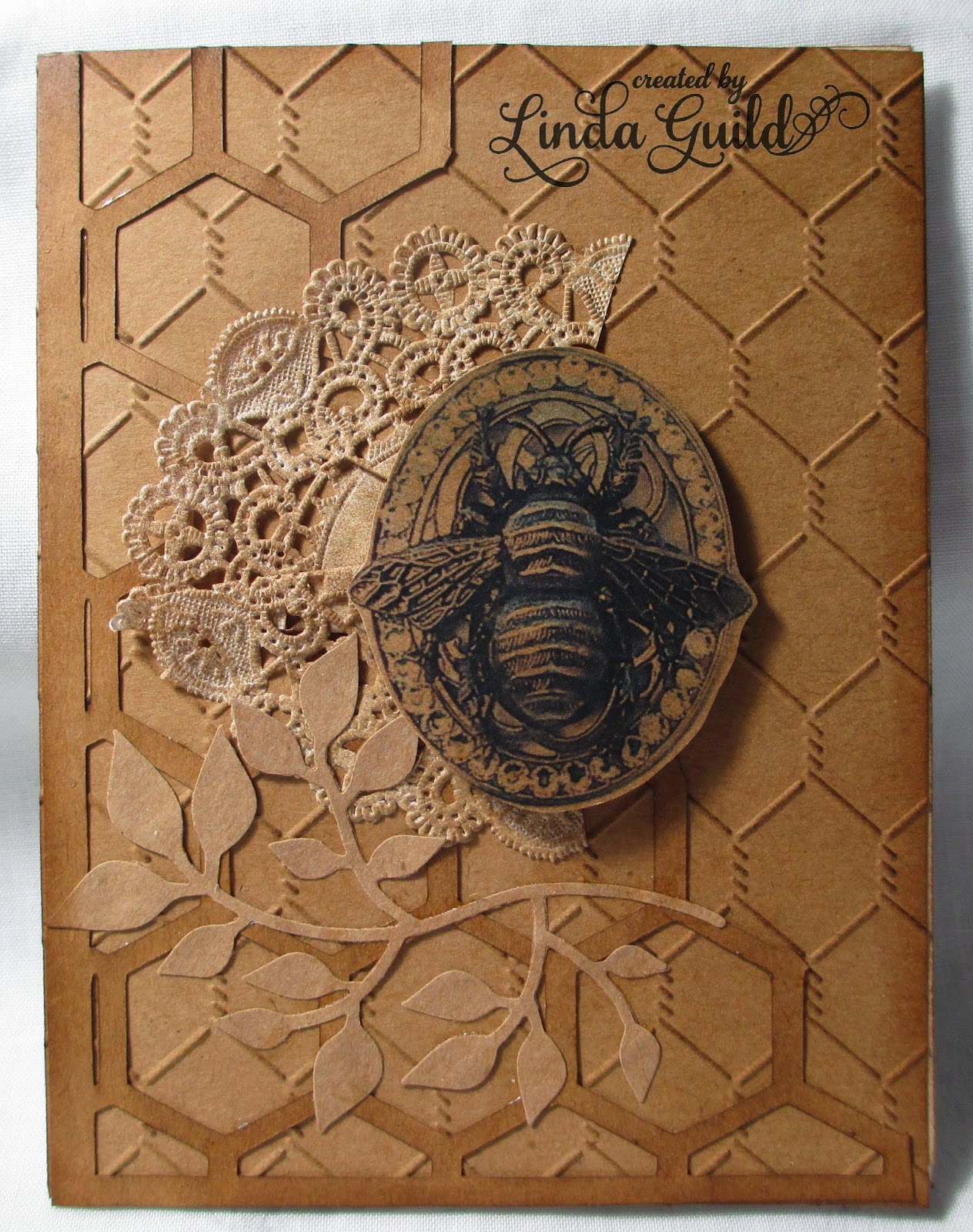 On this version, I cut a honeycomb shape with my Cameo and layered it over the chicken wire base for added dimension.

This card was inspired by a tag I saw online.
Posted by Linda at 4:51 PM 1 comment: