Guess I've been making pie crust the wrong way all these years.  Every cookbook, cooking show, and pastry recipe tell you to (1) never over work the dough (2) use only cold shortening and (3) cut the shortening into the flour until it makes a crumbly mixture.

This recipe just tosses all those requirements right out the window.  The boiling water as well as the mixing process should have developed the gluten in all purpose flour and made the crust tough--but it definitely didn't!

I made a "fold over" apple pie to test the crust recipe.  While it was baking, I rolled out strips of the leftover dough, spread melted butter over the strips and sprinkled cinnamon and sugar on top.  My momma used to do this with leftover crust and it was always a treat for us kids.

After baking the strips less than 10 minutes at 350°, I was surprised just how flaky the crust turned out.

This short cut method for making crust is now going to be my "go-to" recipe.  I used my Kitchenaid mixer to blend the boiling water into the shortening, then stirred the flour in by hand.  I did add some additional boiling water to get the dough to the right consistency to roll out. 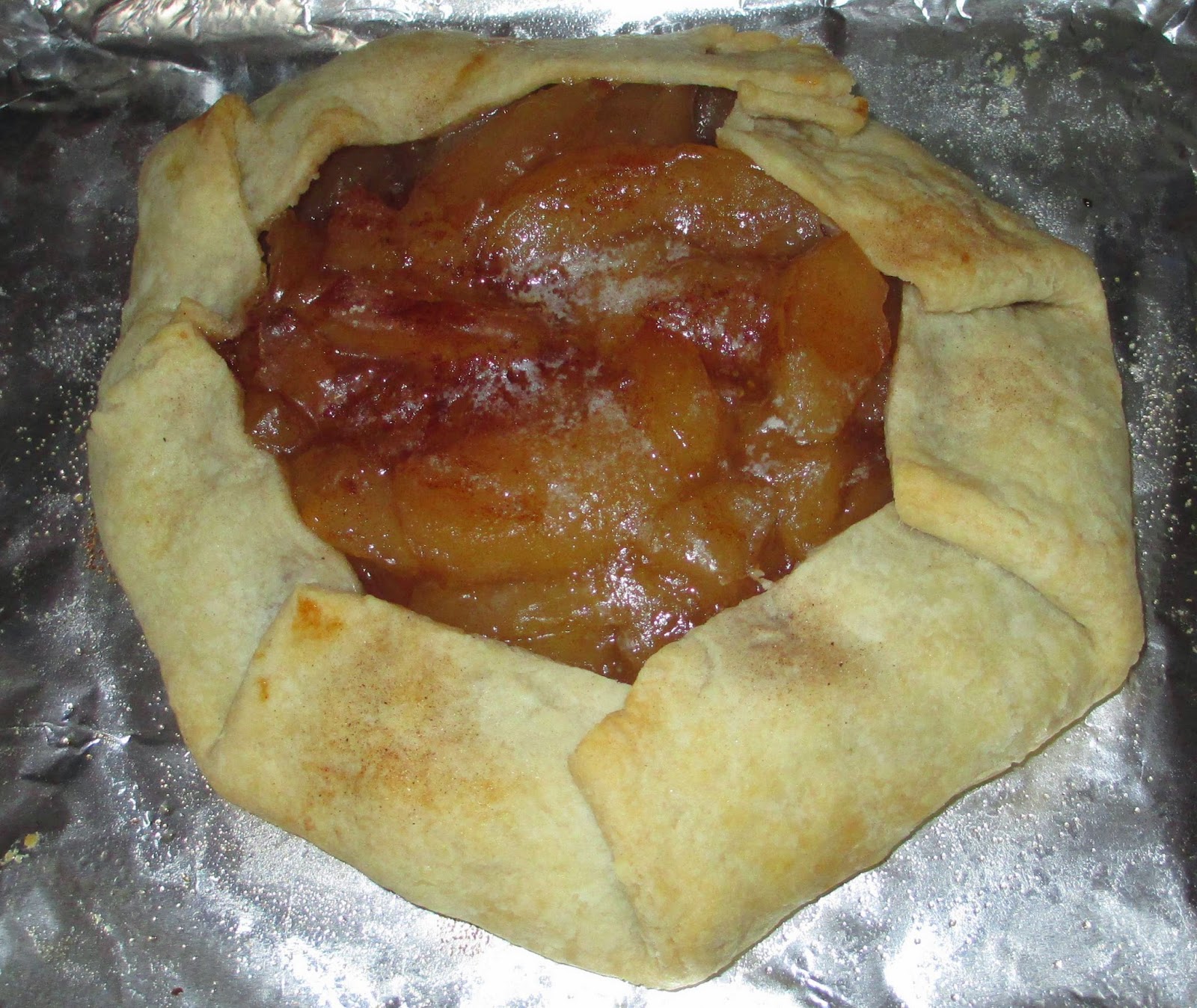 In a large bowl, combine shortening,
salt, milk and boiling water.  Whip with
fork until smooth and creamy.

Add 2 cups flour and stir with round-the
Bowl strokes until all flour is incorporated.

How intriguing! I'll have to give this a try. Thank you, Linda!